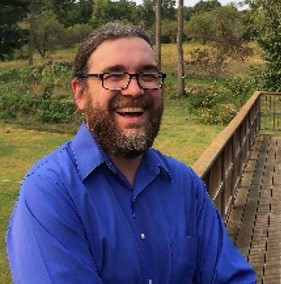 Jonathan is the visionary and founder of the 10 Days movement (2004-present).  Based on the 10 “Days of Awe” on the Biblical calendar from the day of Trumpets to the day of Atonement, 10 Days is an annual opportunity for united prayer, repentance, and humility before God.

10 Days began in 2004 during a time of prayer.  Jonathan heard the phrase “Babylon refuses to mourn, but my people will mourn before I return” and saw entire cities shutting down for entire 10 Days as people repented and sought God’s face.

10 Days has grown since then from just a small seed of faith to an international prayer movement with over 150 locations in 2020 joining in a “Global Upper Room”.  These gatherings have many forms, but are often true meetings of the city-wide Church, where believers and congregations from many tribes and traditions unite in prayer over the entire 10 Day season.  Through the simplicity of calling believers to stop normal life for a time and join in an “upper room” type prayer experience, 10 Days has seen God respond in incredible ways.  One of the most common testimonies among participants relates to the experience of “John 17 unity” that is often discovered at these gatherings.

Jonathan also serves as the Coordinator for the New England Alliance (2009-present).  The Alliance is a 6-state relational network focused on promoting prayer, revival, and evangelism in a spirit of John 17 unity.  He’s helped to initiate and serve numerous initiatives, gatherings, conferences, and organizations in the realms of prayer, evangelism, frontier missions, and revival.  He loves mentoring and pouring into younger leaders, but also loves partnering with and honors the older generation.

Jonathan is driven by a desire to see Jesus receive the answer to His prayer in John 17, “Let them be one as we are one.”  He’s attracted to the impossible.  Love for the people of God is paramount in his vision.  His function within the Body of Christ is often catalytic, initiatory, and connective moving in response to the voice of the Holy Spirit with risky faith, love for the saints, humility, and hopefully a good sense of humor.

He has an undergraduate degree in philosophy and liberal arts from St. John’s College, Santa Fe (2004) and a Master of Divinity from Gordon-Conwell Theological Seminary (2009). He and his wife Cassi have been married 19 years.  They are small-time farmers living in western Massachusetts and are blessed with 3 boys and 3 girls, aged 14 to 6.

We use cookies to ensure that we give you the best experience on our website.
I accept